Eldercare » Eldercare Home Health News » Looking back: Visit Toronto Archives online and enjoy the amazing changes since “way back when”.
Canada’s cities and provinces have a wealth of old photos and art, yours for the searching.

Looking back is fun. I arrived in Toronto from Montreal in 1959, In the Sixties, I remember that a drive from my home in Bathurst Manor to Buttonville airport with my kids was an outing. A genuine event. Buttonville was out in farm country north of Toronto.

Now the airport is being overwhelmed by growth. A mixed-use development may replace it in the near future.

What about your Toronto? Or your home town?

One of their choices: the Bloor Street Viaduct, under construction 100 years ago! Here’s their 1917 archival photo:

Today, the viaduct, properly called the Prince Edward Viaduct, brings together a much different Toronto: 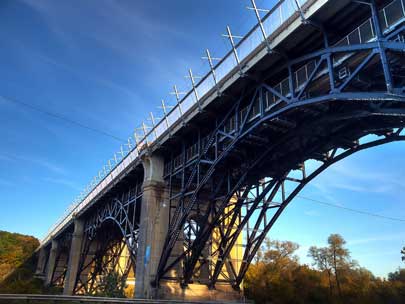 Having whetted your appetite, you can learn everything there is to know about the Archives of Toronto here.

Find your home town’s archive and rekindle memories of your childhood.

What if you feel like looking back to Winnipeg? I’m sure you’d recognize this photos of the Bank of Montreal building at Portage and Main (above), taken in the late Thirties. 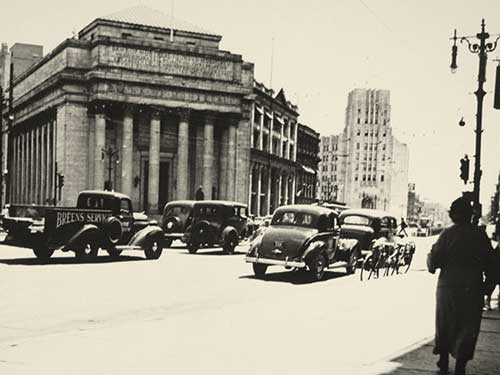 Bank of Montreal building at Portage and Main Photo courtesy of Photo: Archives of Manitoba, C.1938

I’m also pretty sure that famous corner looks more like this to you: 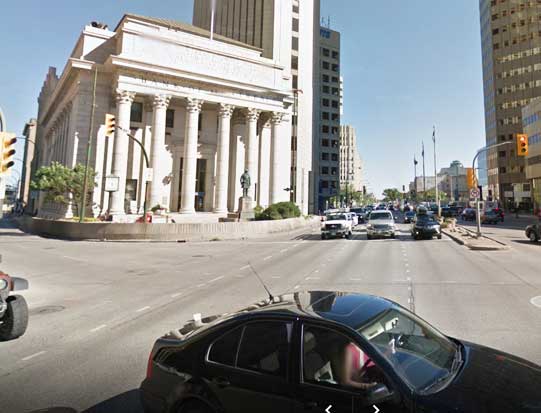 Or was your home province British Columbia? Well then, while away a little time in the Archives of the Royal B.C. Museum.

Halifax, you say? Do a little looking back in the Municipal Archives of Halifax.

The aerial photo of Halifax Municipal Airport, below, brought back memories of my first flight, a trip to Halifax to visit an aunt. I noticed the tower of the Dingle in the background. If I remember correctly, we used to go to the beach there. I was about ten, shortly after the end of WWII.

I tried to match the view in the photo to the area on Google Earth. 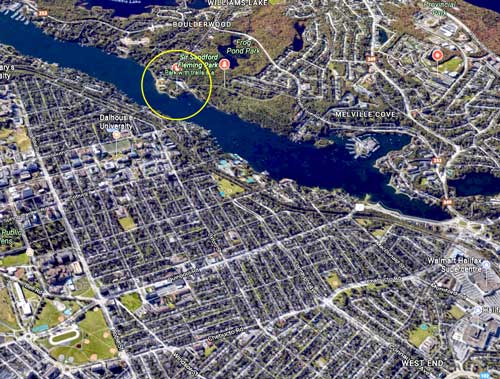 Wherever you may be from, in Canada or elsewhere, there’s an archive (or several) that can fill your day with adventure and recollections. Just to show you, how about the archives of Liverpool, England?

Looking back isn’t only for photos.

All the archives can help you trace your family’s history if they lived somewhere and owned property or paid taxes, had children or passed away. There’s a record of everything recordable!