Eldercare » Eldercare Home Health News » Plug in a hearing aid – it may be good for your brain, not just your hearing! 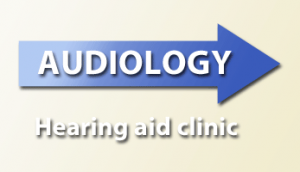 That’s normal. But it was a major surprise to discover in a Johns Hopkins Medicine article that hearing loss accelerates brain shrinkage.

The information is from the Baltimore Longitudinal Study of Aging that the National Institute on Aging started in 1958. It follows various health factors among close to two thousand men and women.

The study compared brain changes over time between adults with normal hearing and those with impaired hearing. Significant mental impairments occurred three years earlier on average among people with hearing problems.

Hearing loss doesn’t just accelerate the shrinkage of the parts of the brain responsible for sound and speech. It also affects the middle and inferior temporal gyri, the parts that play a role in memory and sensory integration. Research has shown that they are involved in mild cognitive impairment and early stage Alzheimer’s disease.

The good news: even a hearing aid, used sooner, rather than later, may inhibit the accelerated brain shrinkage.

The treatment can be as simple as a hearing aid. But Dr. Frank Lin, M.D. PhD., the lead in the Baltimore Longitudinal Study, stated in a February, 2014, report that, “Whether hearing loss is a marker for early-stage dementia or is actually a modifiable risk factor for dementia deserves further study.”

Despite that reservation, Dr. Lin said in a report in Aging and Mental Health, 2014, “…hearing impairment is independently associated with a 30% to 40% rate of accelerated cognitive decline…and those individuals with a mild, moderate and severe hearing impairment…had a twofold, threefold and fivefold increased risk of incident all-cause dementia over greater than 10 years of follow-up.”

That brought me up short the moment I read it.

Why? Because my wife pressed me to have my hearing checked at a hospital clinic a couple of weeks ago. The tests showed that I have “mild” hearing loss. My ear, nose and throat specialist told me not waste my money on a hearing aid. I’m inclined to follow Dr. Lin’s advice in the Johns Hopkins article about the Baltimore study report: “If you want to address hearing loss well, you want to do it sooner rather than later.

If hearing loss is potentially contributing to these differences we’re seeing on MRI, you want to treat it before these brain structural changes take place.”

I will be shopping for a hearing aid.

Note: at the time of this posting Sunnybrook Health Sciences Center was in the process of recruiting adults over 60 for a study to research the relationships between hearing loss and cognitive impairment. If you might be interested in participating, contact: Leah Smith, MA, CCRA, Clinical Research Associate at: 416 480-6100 ext. 85392