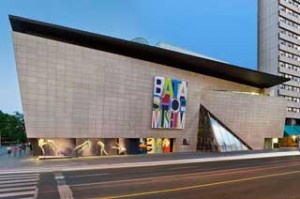 When I say, “Museum,” you think….what? Big and important? How about intimate, surprising, unusual, enlightening and fun? I’ve put together a short list from the astounding choices of unusual museums in the GTA. Decide what you’re in the mood for, pick the distance from home and have a great time.

There are over 1000 shoes and related items on display, from a collection of over 13,000. No wonder the Bata Shoe Museum calls itself “North America’s charming and surprising shoe museum.” Chinese bound-foot shoes? On display. Ancient Egyptian sandals, chestnut-crushing clogs? Visit and see them and much more.

The Bata Shoe Museum, on Bloor West and St. George Street, is wheelchair-accessible.

TIP: You can visit three great small museums for only $20

Pick up your 3Pass online! See the Bata Shoe Museum, Gardiner Museum (ceramics) and Textile Museum of Canada – all three for only $20!

A rich and astounding experience awaits you in this small museum and domed movie theatre. It’s in Vishnu Mandir – the Hindu temple on the west side of Yonge Street, just north of Highways 7 and 404. It’s wheelchair-accessible.

Everyone is welcome. There’s no charge. And you can ask to see a world-award-winning domed film that will surround you with the link between ancient Hindu beliefs and modern cosmology. There’s a Wall of Peace, dedicated to peace makers from Jesus to Martin Luther King, and an interesting display that explains Hinduism.

A friend of mine designed the museum and produced the film. I wrote and narrated a short video about Hinduism. And be sure to spend some time in the adjacent Peace Park. 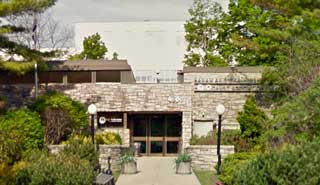 Of course, the Holocaust was a horror and it would seem as though a visit to a Holocaust Museum would be the last thing you’d want to do. But the Holocaust is not only a horror. It’s also something that produced hope, imagination, survival, art and uplift.

The Sarah and Chaim Neuberger Holocaust Education Centre is one of the small museums around Toronto that is a must-see. You’ll find it on Sherman Campus in the Lipa Green Centre, 4600 Bathurst Street, west of Bathurst between Sheppard and Finch Avenues.

At the stoplight, by the campus entrance, turn onto the campus and follow the road.  Please look for visitor parking. Bathurst TCC buses stop near the entrance on Bathurst Street.

The museum is closed on Saturday, the Jewish Sabbath. It’s open by appointment on Sunday. Full hours are in the website. The museum is wheelchair-accessible. 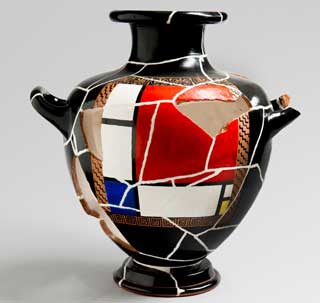 Clay is one of the world’s oldest art mediums. The Gardiner Museum, Canada’s national ceramics museum, celebrates artworks in clay with its permanent exhibition, events and special exhibitions.

Admission is only $13 for seniors, with a guided tour. And every Friday from 4 to 9 PM admission is half price. And the Gardiner participates in the 3 Pass three-museum deal. The Museum is wheelchair-accessible.

You’ll find the Gardiner on University Avenue, east side, just south of Bloor. Queen’s Park is near enough to be your picnic site before or after your visit.

The Textile Museum is open seven days a week, with a $10 admission for seniors (or the 3 Pass three-museum deal). You’ll find it tucked into the Chestnut Park Condos at 55 Centre Avenue, one block east of University, south side of Dundas. The Museum is wheelchair-accessible,

About two and a half blocks north of Carlton, at 500 Church Street in downtown Toronto, sits this 75-year-old society dedicated to the art of sculpture. The Sculptors Society of Canada presents monthly rotating exhibitions of current sculpture. Admission is free. The gallery may not be wheelchair-accessible. 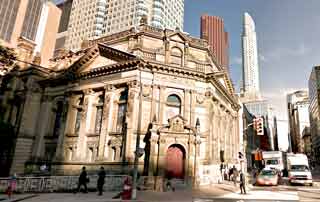 The Hockey Hall of Fame

These are 57,000 square feet in which hockey fans celebrate the giants of the game, recognize its international growth, see treasured artifacts, play interactive games and, of course, stand in the presence of the Stanley Cup.

The Hockey Hall of Fame is located in the Brookfield Centre (formerly BCE Place) at the corner of Toronto’s Front Street and Yonge Street. Admission is $14 for seniors.

Here is a multi-century window into the artistic, intellectual, and scientific heritage of Muslim civilizations from Spain and Portugal to China.

The Aga Khan Museum has a permanent collection of over 1,000 objects. It cooperates with institutions worldwide to share exhibits, research, scholarships and public programs that help advance dialogue and understanding between Western and Muslim cultures.

The Museum is northwest of the DVP/Eglinton intersection. General Admission for seniors 65+ is $15.00. The Museum is wheelchair-accessible. The website has detailed hours and how-to-get-there information.

There’s a whole world of experience in these small museums in Toronto – easy for seniors to visit. Why not not start planning your visits now?